My portfolio and digital laboratory 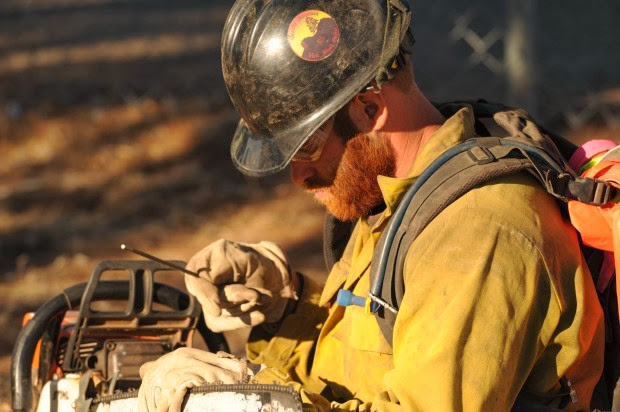 It doesn’t seem like it’s been 5 years since I found out that my friend was killed in a fire. It’s interesting to me to see how God puts people in your lives and uses them to grow you or how He uses there absence to grow you further. I don’t know what I can say except that I still miss my friend, Dustin, and I am still ever thankful for God’s gifting me with our friendship.

I look forward to seeing you again, Dustin, in the presence of our Savior.

August 2007: I was 19 years old and going to college. I moved over 1,000 miles from my home in California to the little town of Hot Springs, South Dakota to attend a little Bible College. I moved into the dorm and started to meet the other guys that were there. That day, I began several strong, meaningful friendships that last to this day. The one I want to tell you about today is my friendship with Dustin DeFord.

The first thing anyone ever noticed about Dustin was his red hair. He came from a large family (most of which shared that trait) that lived in a tiny town in southeastern Montana. His dad was a pastor, and a firefighter, as were he and several of his brothers. Another thing that you would be quick to notice is how goofy he was. It enthralled him to make other people smile, and he could always find a way to do it. Over the two years I lived in the dorm with him, there was rarely a time he wasn’t smiling himself. I remember one time during one of our weekly dorm meetings, we were talking about something I don’t recall; the Dean of men said something along the lines of “there’s no need to be upset at the drop of a hat” which was abruptly followed by a soft thud. We all look around to see that Dustin had dropped his hat on the floor to much laughter and eye rolling. Or another time when he went with another of our friends to our spring formal, instead of a corsage he brought her a bag of flour. He was an adventurous type, ever enjoying the outdoors, always running and jumping and hiking whenever a group would go. Another thing I distinctly remember is that he always wore cowboy boots; it didn’t matter if we were going to church, hiking, or playing ultimate frisbee. These were a few of the little things that I remember about Dustin.

Probably the most important thing I remember out about Dustin though, is his love for our Savior. There’s no doubt about it, he loved Jesus and the joy that poured from his exuberant spirit was evidence of it. I’ve heard many others say this already, but he had a simple faith in Jesus. It wasn’t difficult for him to understand that he was born a sinner and that Jesus, the God-man, came to earth and died on the cross for his sins. He saw past the complexity of the deep theological truths that we studied to understand the simplicity of the gospel. He and I participated in a ministry together where we drove 3 hours every Wednesday to the little town of Harrison, Nebraska to lead an after school junior high youth group. We took turns every other week teaching Bible lessons to these kids, and encouraging them to invest in their own relationships with Christ and not wait until college to hash those things out. I enjoyed the teaching and getting to know the kids; Dustin did as well. I might say, if I could speak on his behalf, that he absolutely loved it. In addition to teaching the kids, we had many a powerful conversation on that 3 hour drive to and from Harrison. There was even one point where he almost had me talked into coming to Montana with him over the summer to become a firefighter.

Well, I ended up only doing two years at that school, moving back to California for a year, then continuing school in Kansas City. Dustin and I stayed in touch though. He went on to participate in a missions trip up in Canada, and when he came back he continued to pursue firefighting. He came out to Kansas City in May of 2012 to the graduation ceremony for our friend Paul and I when we finally finished college. After that, he and I fell out of touch for the most part, though we kept up a little bit through Facebook. He had been working really hard to join an elite hotshot crew in Prescott, Arizona. I remember hearing from him not long after he made the crew; he was pretty excited.
July 1st, 2013, at about 8:30 a.m., I got a phone call from my friend Paul who informed me that Dustin, along with 18 others in his hotshot crew, were killed in the Yarnell fire in Arizona. I felt like I’d been punched in the stomach. In the coming days as the details came together and the reality of the situation settled in, I was hit hard by grief. I had dealt with that before, but this time it was different, this time it was a dear friend. Just a couple days after I heard the news, I heard that Dustin, was able to share the gospel with his entire crew only a week prior to that fire. It was a reminder to me that I could be joyous during this difficult time, because I know that he was a faithful servant of Christ to the end. It was a reminder that he is now in heaven enjoying the glory of our Savior and that I will one day be reunited with my friend. It took me quite a while to come to terms with this, but by God’s mercy He has brought me peace. I’m thankful for the few years I was able to enjoy Dustin’s friendship, and I’m thankful that I will get to see him again someday.

Having shared some of this with my wife, we have decided that it would be a great tribute to Dustin to name our son after him. The name Dustin means valiant warrior, and Dustin definitely can be described as a valiant warrior of Jesus Christ. I pray that God would use our son in the same way, to bring honor and glory back to Himself.
“For from Him and through Him and to Him are all things. To Him be the glory forever. Amen.”
Romans 11:36 NASB

via Dustin DeFord, My Friend — the volkmans